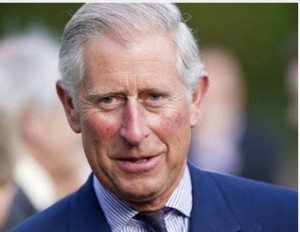 Dubbed by the media as an “Arab Spring” or “Arab Awakening,” these events in the Middle East must be reexamined, as they more closely represent a “Tragedy for Minorities” rather than the democratic rebirth that the former names seem to describe.

This campaign to persecute minorities— particularly Christians in Muslim countries that have gone through uprisings or revolution like Egypt, Tunisia, Syria, Libya, and Yemen— have increased in the Middle East. Currently, Islamist parties are ruling the state, or are operating separately from the government, to implement their ideology throughout the region, serving their materialistic and political goals.

The number of Christian is shrinking significantly in the predominantly Muslim societies of the region, to almost a mere 4 percent of the population. Even though Christianity was born in this region, many Christians who see these nations as their homeland are being forced to leave. This raises the question as to whether the Islamist agenda is to wipe out all the minorities in this region, making an Islamic world with Christians disappearing, leaving a unified Muslim region under the rule of Allah, and gaining geopolitical and materialistic interests.

The situation is so tragic that even political figures and Western governments that attempt to be very cautious about their comments on Islam were not capable of denying the severity of the situation any longer. This week, Prince Charles emphasized that the campaign of persecution by extremist Muslims and fundamentalist Islamists is leading to the disappearance of Christianity in the Middle East. According to The Blaze, Prince Charles stated, “It seems to me that we cannot ignore the fact that Christians in the Middle East are increasingly being deliberately targeted by fundamentalist Islamist militants.”  The British royal also made these remarks and comments to various religious leaders.

The intensity of the kidnappings, murders, and persecutions of minorities, particularly Christians, is higher in countries such as Iraq, Syria, and Egypt. Prince Charles also added in The Telegraph that, “Christianity was literally born in the Middle East and we must not forget our Middle Eastern brothers and sisters in Christ. … Yet today the Middle East and North Africa has the lowest concentration of Christians in the world – just 4 percent of the population, and it is clear that the Christian population has dropped dramatically over the last century and is falling still further.”

In addition, the Prince of Wales stated that several strategies and tactics such as “intimidation, false accusation and organized persecution” are being utilized in a systematic campaign to force out the Christians, creating an exodus of Christians and other minorities from the region, according to The Telegraph. Furthermore, he warned that in case this systematic persecution by Islamists, extremists, and fundamentalists in Muslim societies did not halt, then “we [will] all lose something immensely and irreplaceably precious when such a rich tradition dating back 2,000 years begins to disappear.”

What does it mean? (Commentary from HN News Alert) These are very strong statements coming from the Prince of the United Kingdom. And, the US government continues to REMAIN SILENT!  Why? Perhaps it is because we have a muslim who occupies the White House and he really has no problem with the eradication of christians in the Middle East. After all, our government is SUPPORTING the Syrian rebels, who, by the way, beheaded and burned more than 100 civilians in a Damascus suburb last week, MANY of them were Christians. Makes me wonder how long it might be before this kind of persecution (death by martyrdom) comes to the shores of the US of A.

You’re Carrying Too Much – Finding Freedom