On this Episode 83 of Real Israel Talk Radio Defining Biblical Love Part 19, I will be explaining the second half of a statement that Paul makes in 1 Corinthians 13:6 saying, Love Rejoices in the Truth. Well then, what IS truth? It seems to me that this idea is highly subjective based on what can often be called “cultural relativity.”

Previously, we learned that YHVH (Yehovah) is NEVER happy if a living soul chooses to remain with the iniquity that was first introduced to Eve in the Garden of Eden in Genesis 3:2, resulting in a catastrophic event due to Genesis 3:6 and Genesis 3:22. On this program, we’ll tackle the subject that Yehovah rejoices in the Truth. This can only refer to one thing: One Absolute Truth.

According to the Gospel narrative in John 18:38, Pilatus (Pilate) responded to Yeshua’s statement that his objective was to bear witness to THE TRUTH. This was said to get Pilate thinking about his definitions and therefore Pilate’s response to Yeshua was: “What is truth?” For Roman Governor Pilatus, the idea of truth was simply a cultural term of relativity based on his life in Roman culture. In other words, for Pilate, truth was a term of cultural relativity to how each person perceives “their truth” in this life but not so with Yeshua’s definition. For Yeshua, truth is not at all a term of cultural relativity but rather one absolute truth, period. For Yeshua, it was quite specific because it’s about Messiah The Person, rather than just an idea based on one’s viewpoints at the moment. And then, in Hebrew and in Greek, the term “truth” actually comes with a definite article to refers to someone specific; one who is called THE TRUTH because in the Bible, there is only ONE TRUTH and the idea is NOT an “it” but a “he”; that is,  Messiah the King.

Join us today for our podcast Episode 83 of Real Israel Talk Radio and Part 19 of Defining Biblical Love and Yehovah’s Messianic Name, as he is called THE TRUTH. 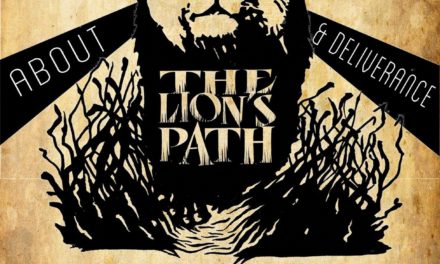