What is Biblical Salvation? PART 5

Biblical salvation is more than just a theological construct. It is a Truthful and Real condition that every human being on planet earth needs! Two of the more well-known and better expressions of this much-needed gift from the Hand of the Almighty Eternal One is, firstly, that of John 3:16 – “For God so loved the world that He gave His Unique Son, that whoever believes in Him should not perish but have eternal life.” A second statement to explain this is from Sha’ul (Paul) who wrote in Colossians 2:13-14 – “And you, being dead in your trespasses and the uncircumcision of your flesh, He has made alive together with Him, having forgiven you all trespasses, having wiped out the handwriting of requirements that was against us, which was contrary to us. And He has taken it out of the way, having nailed it to the cross (tree).”

The often-quoted statement from John 3:16 is pretty easy to follow. However, for many, the statement from Colossians 2:14 is a bit more problematic and presents us with a large number of different interpretations. My understanding of the statement is rather straightforward because I think it directly relates back to Genesis 3:22, “Then YHVH Elohim (God) said, “Behold, the man has become like one of us, to know good and evil.”

On this episode of Real Israel Talk Radio – Program Number 6, Episode 58, we’ll have a look into Paul’s statement from Colossians 2:14, “…having wiped out the handwriting of requirements that was against us, which was contrary to us. And He has taken it out of the way, having nailed it to the cross.”

We will come to understand that Paul was NOT AT ALL speaking about the Mosaic Law (the Torah). Rather, he was specifically addressing Jewish-Hebrew biblical law referred to as the Laws of Acquisitions, Liens, and Discharges of Debt. All of this is expressed in ancient Israelite law and a good understanding of this can help us to understand what Paul was referring to in Colossians 2:14.  We will also have a look at some additional biblical ideas concerning ransom and redemption. Prepare yourself to take down some notes. 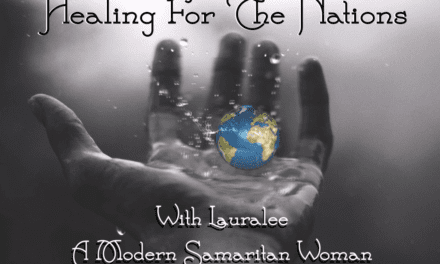