Here is an interesting statement of Paul from 1 Corinthians 13:11 on the Hebraic concept of Biblical Love and what it means:

One might think to define a “child” in a way that we all would typically frame the definition. However, I am suggesting that Paul has a profound meaning to share based on Psalm 8:3:

“Out of the mouth of babes and nursing infants, you have ordained (laid a foundation for a shelter of protection), because of your enemies, that you may silence the enemy and the avenger (within). “

Recall that it was this Psalm that Yeshua quoted in Matthew 21:15-16:

But when the chief priests and scribes saw the wonderful that He did, and the children crying out in the temple and saying, “Hosanna to the Son of David!” they were indignant and said to Him, “Do You hear what these are saying?” And Yeshua said to them, “Yes. Have you never read, ‘Out of the mouth of babes and nursing infants you have perfected praise’?’ ”

Within the context of Yeshua’s quote from Psalm 8:3, the Greek word nepios ( English: “child”) reflects the Hebrew term ahlal (Ayin Vav Lamed Lamed). In Israeli Hebrew, it can mean an infant nonetheless, this does not fit the overall context. Instead, the idea drives home the picture of a “scripture scholar toddler.” He is a little one that does not know not how to communicate as an adult. The best that this “ahlal” toddler can voice is “la la la la la.” The notion is that this little one only knows to speak with sounds and not intelligible spiritual speech.

Today, we’ll connect the learned lessons to Yeshua’s dialogue with some religious leaders in John 7:14-15. Then, we’ll tie everything together with a quote from Isaiah 5:1-4 drawing on the Hebrew word “be’ushim.” The word means stunted, retarded, odious, stinky, and smelly grapes that never develop to their full maturity.  It was the mind of Paul that developed the idea in Romans 12:2. 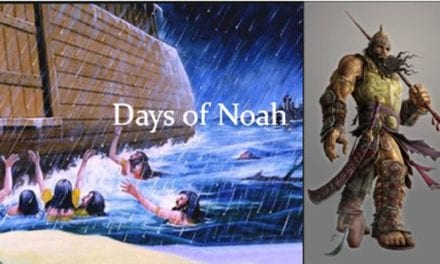 Setting History Straight – Where are we in Time?