What is Biblical Salvation? PART 9 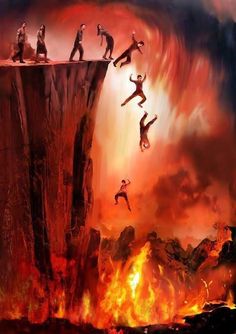 On this episode of Real Israel Talk Radio, we will continue with an in-depth look into what happened with Yeshua on that Roman crucifixion/execution tree. Moments before he passed away, Yeshua’s spoke these final last words: “It is finished.”  He then bowed his head and gave up his spirit. What exactly happened afterwards?

After Yeshua died on that execution stake/tree, he then descended into a lower-world judgment hall, which is referred to in Hebrew as “Sheol” (see the parable of the rich man in Luke 16:22). In that judgment, he was pronounced guilty of all mankind’s Genesis 2:17 curse of Sin and Death. In this, he came to known as the “Suffering Servant” of Isaiah chapter 53.

With this curse of Sin and Death clinging to Yeshua, we can understand why, in his last moments before his death, that he cried out with a loud voice saying, “My God, my God, why have you forsaken me?” – the opening line of Psalm 22:1. Following his divine abandonment in Sheol, the judgment hall of Earth’s lower world (i.e., “Hell”), he was then remanded into “custody” and led straight into the burning fires of Gey Hinnom (the Pit of Corruption and Lake of Fire), where Sin and Death from Genesis 2:9 and 2:17 was extracted from him. That curse of Sin and Death was utterly burned up in the flames of those very hot fires as it is described for us through the imagery of the Iron Furnace from Daniel 3:21-27, Jeremiah 11:3-5, and Deuteronomy 4:20.

However, for Yeshua, on the Third Day in that iron furnace of fire, a decree from the Eternal Father of Heaven and Earth lifted him out of that fiery corruption. His Third Day resurrection unto new life was not just for him but it was also for all of us who would come to believe in His Name; that we too would be granted an escape from Sin and a Second Death, which is a judgment of the Wrath of God. Man’s salvation and hope for this escape is totally dependent on the completed Deaths, Burial, and Third Day Resurrection of Yeshua. This IS the Good News; the Gospel that we read about in the New Covenant.