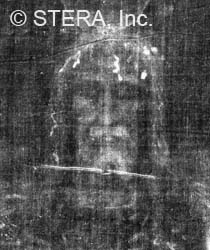 The Shroud of Turin is a centuries-old linen burial cloth that bears the image of a crucified man in the 1st century Roman period; a man that millions have come to believe to be Yeshua (Jesus) of Netzeret (Nazareth). Is it possible that this shroud is the cloth that wrapped his crucified body or is it simply a forgery, a hoax perpetrated by some clever medieval artist? Many today will even cite that it cannot be valid because, they say, there are two pagan coins appearing in the eyes of the image. With this podcast, we will speak with the official documenting photographer from the 1978 team that scientifically studied the shroud in Turin Italy, and with his detailed “hands-on” examination, he is 100% certain that there are no images of any coins in the eyes. In fact, since 1978, modern science has completed thousands of hours of detailed study and intense scientific research on this shroud, clearing up a lot of rumours that are constantly circulating on the Internet. The Shroud of Turin is arguably the single most studied artifact in human history and we know more about it today than we ever have since it came to be widely known, and yet controversies still rage. This is Part 1 of a 2-part program, Episode 018 – Real Israel Talk Radio.

Now Is The Time w/Rabbi Steve Berkson – Covenant Community 101: What Are You Thinking? – Part 1