Saudi Arabia is making another enemy. This time, the House of Saud is pushing on the Lebanese government in a way that could end in disaster. Lebanon is now at the forefront of the struggle that is reshaping the Middle East, between the conservative Sunni monarchy of Saudi Arabia and Shi‘ite revolutionary Iran. This reshaping will eventually lead to the King of the North – Iran – attacking the King of the South – Saudi Arabia. But what’s worse is that the no nation on earth will escape this conflict because it will unleash the prophecies in the Books of Daniel and Revelation.

Saudi Arabia has been “pushing” the 4+1 coalition – Iran and its allies – for several years by making threats to bring war to Iran’s soil, interfering with diplomatic relations between Iran and Russia, making alliance with Israel which is Iran’s arch enemy according to Iran, and now, aggravating the Lebanese. If Saudi Arabia wants war, war is what it will get.

Reuters reported, “There was no line-up of Saudi princes or ministry officials, as would typically greet a prime minister on an official visit to King Salman.”

Al-Hariri’s phone was confiscated upon his arrival in Saudi Arabia. The next day he was forced to resign as prime minister of Lebanon in a statement broadcast by a Saudi-owned TV channel.

This is all part of the ongoing 1400 year conflict between the Sunnis and Shi’ites. Their rivalry has fueled the current conflicts in Iraq, Syria and Yemen, where they back opposing sides, and now risks destabilizing Lebanon, where Saudi has long tried to weaken the Iran-backed Hezbollah group, Lebanon’s main political power and part of the ruling coalition.

Multiple Lebanese sources say Riyadh hopes to replace Saad Hariri with his older brother Bahaa as Lebanon’s top Sunni politician. Bahaa is believed to be in Saudi Arabia and members of the Hariri family have been asked to travel there to pledge allegiance to him, but have refused, the sources say. Their refusal could signal that the entire State of Lebanon will fall into Iran’s lap. If the entire Lebanese government shifts away from its Western allies, the entire northern Middle East will belong to the 4+1 coalition. Hezbollah, the other largest political party and terrorist organization, is already aligned as Shi’ites.

Hariri’s resignation came as more than 200 people, including 11 Saudi princes, current and former ministers and tycoons, were arrested in an anti-corruption purge in Saudi Arabia.

Power is being given to the Beast by the people who are trying to prevent its rise, the Western New World Order. In the history of Islam, three (3) of the Caliphates began with Shia leaders, but each time, events followed that caused the Shi’ites to lose their Caliphate to a Sunni Caliph. Daniel prophesied that there would be one (1) little horn (because his reign would be short) that would follow on three (3) that had been plucked up. There have been ten (10) Islamic “horns”. Then, with the Balfour declaration at the end of WWI, the tenth Caliphate, the Ottoman Empire, was dismantled. There currently is no Islamic Caliphate, but one is on the rise and it is Shi’ite!

The Shi’ites have made many attempts to secure the Caliphate for themselves, but have been thwarted throughout history. Now, the two Islamic factions – Sunni and Shia – are aligned north and south of each other in the Middle East. Both have made alliances, too. Saudi Arabia (Sunni, south) and Iran (Shi’ite, north) are facing off and they are dragging the entire earth into their dispute just as it is prophesied in scripture.

This latest development only plays into the coming war between the Kings of the North and South. 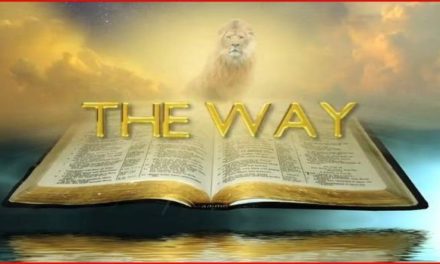