Parsha “Bemidbar” begins the new Book with the same name (“Nunbers” in the English, which is also quite descriptive!) with instructions that Yahuah gave to Moses b’midbar, or “In the wilderness” of Sinai.

It is also the first commanded “head count” in the Bible, and it’s interesting that the colloquial term is a better translation of the literal Hebrew (“lift up the head”) than the idea of merely taking a census.

There’s also an important implication in the way the text is structured that what is intended here (“by their families, by their fathers’ houses, according to the number of NAMES”) is far more than just treating the many individuals among the mixed multitude simply as ‘numbers’.

The Sabbath midrash picks up with another question about the numbers themselves, and why Scripture gives us so much detail about them. And that, in turn, should really raise some eyebrows today (interesting how His Word resonates, even in ways we don’t necessarily expect!) — because it should help us to understand TRUST. Why it matters, and where we must put it!

“Bemidbar: Why the Numbers Really Matter – then and now” 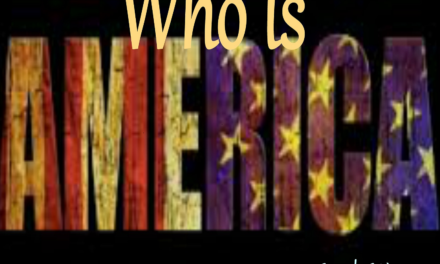 Set History Straight – The Next Generation