Jewish Home MK Smotrich warns that Netanyahu is drawing up a diplomatic move that will result in Palestinian state.

A two-state peace deal may be cooking in the “kitchens” of the White House and the Knesset. “MK Bezalel Smotrich (Jewish Home) on Tuesday evening warned that Prime Minister Binyamin Netanyahu is drawing up a diplomatic move that will result in the establishment of a Palestinian state.

“In recent weeks, there have been too many indications that the Prime Minister is quietly cooking up a process that will lead to the establishment of Palestine,” Smotrich wrote on Facebook.

“All this talk about a ‘deal’ and a regional peace conference, the freezing of construction outside the blocs (those who do not build outside the blocs essentially say that the State of Israel is not going to remain there), and the reports about a ‘deal’ that Trump proposed to Abbas for negotiations in return for a construction freeze; reports in Haaretz on contacts between Netanyahu and Herzog to establish a unity government based on the renewal of the ‘political process’; Netanyahu’s desire to build an ‘Iran bypass route’ with moderate Arab states in which the price Israel will have to pay in order to build this axis will be on the settlement front,” he continued, listing what he perceived as indications of Netanyahu’s move.

“Everything is happening quietly and behind the scenes…”

I can see only one way that Cyrus Trump can get a deal done. That is to set up embassies in both West and East Jerusalem. This will divide Jerusalem and bring judgement to America. We can only hope Trump gets unfettered access for the Jews to Temple Mount so they can build YHVH’s Altar.

The claim made by MK Bezalel Smotrich may be true given that Defense Minister Avigdor Liberman has spoken with US officials about a population transfer. TimesOfIsrael.com reported on March 6, 2017, “Defense Minister Avigdor Liberman cautioned the US against trying to broker an Israeli-Palestinian peace deal on the basis of land for peace without also including a population transfer”.

Jason Greenblatt, Trump’s special envoy for the Israeli-Palestinian peace process, met with both Israeli and Palestinian leaders as part of an opening gambit to begin brokering fresh peace talks. Liberman pitched Greenblatt on his long-held belief that certain Israeli Arab towns should be made part of a Palestinian state, with many of the residents of those towns taking on Palestinian citizenship instead of Israeli.

The fact that this conversation took place may indicate that Trump is already further along in dividing Jerusalem than Obama ever was. The most important reason given for making this move is “to build an ‘Iran bypass route’ with moderate Arab states in which the price Israel will have to pay in order to build this axis will be on the settlement front”.

This is the first major attempt by the new U.S. administration to address the Israeli-Palestinian conflict. For two months, officials have hesitated on support for the two-state solution, the location of the U.S. embassy and settlements. Greenblatt’s shuttle diplomacy is part of an effort to see whether the new administration can revive the moribund Israeli-Palestinian peace process and succeed in brokering what Trump has described as “the ultimate deal.” Greenblatt described the discussion as a “positive, far-reaching exchange.”

The US embassy location definitely plays a part in this new peace push. It is a new element that might become the means to make the two-state deal a reality.

This move will bring peace to the region, the peace partners will say. They will believe they have cut off Iran from its regional power pursuit. But Iran will view this is another move to destroy them. It may be that instead of peace, the “King of the South” coalition will have pushed at the “King of the North” coalition one too many times.

Now Is The Time w/Rabbi Steve Berkson – Divorce, Remarriage and Putting Away 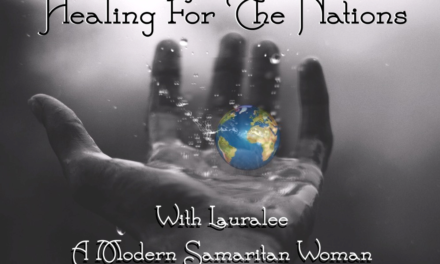 The Christmas Tradition PART 1 of 3