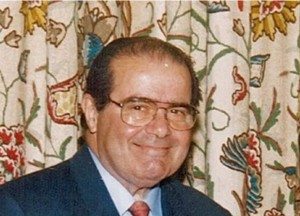 “We discovered the judge in bed, a pillow over his head. His bedclothes were unwrinkled,” Poindexter told the San Antonio Express-News Sunday. “It looked like he had not quite awakened from a nap.”

Scalia was declared dead of “natural causes” by Presidio County Judge Cinderela Guevara, who never saw the body. No autopsy was ordered.

“I took a look at the report and I almost fell out of my chair,” said Bill Ritchie, a retired deputy chief and former head of criminal investigations for the Washington, D.C. police.

“It’s not unreasonable to ask for an autopsy in this case, particularly knowing who he is,” said retired Brooklyn homicide Detective Patricia Tufo.

“He’s not at home. There are no witnesses to his death, and there was no reported explanation for why a pillow is over his head,” Tufo said. “So I think under the circumstances it’s not unreasonable to request an autopsy.”