Satellite imagery comparing China’s missile testing grounds and US military bases appears to show that all of China’s recent missile tests have been aimed at destroying US carriers, destroyers and airfields in East Asia, according to a report at warontherocks.com.

“China’s military has developed a “carrier-killer” ballistic missile to threaten one of America’s premier power-projection tools, its unmatched fleet of aircraft carriers.” China is becoming increasingly more capable of striking US military bases in the Western Pacific. Recent missile testing, along with satellite imagery, suggests that China is preparing for a preemptive missile strike of some kind.

“The Asia Maritime Transparency Initiative at the Centre for Strategic and International Studies in Washington said on Wednesday that China now occupies 20 outposts in the Paracels and there has been an extensive military buildup on eight islands“.

President Donald Trump recently made serious charges against China’s territory and sovereignty. The White House chastised China for its “massive military fortress” in the South China Sea, and even threatened to cut off China’s access to the islands it has built and militarized in the region. Furthermore, Trump’s phone call with Taiwanese President Tsai Ing-Wen struck a blow to China’s hold on Taiwan which it consider to be a rogue province that must be brought back into Beijing’s fold.

A look a China’s ballistic missiles reveals the seriousness with which the country has built its strike capabilities in recent years. 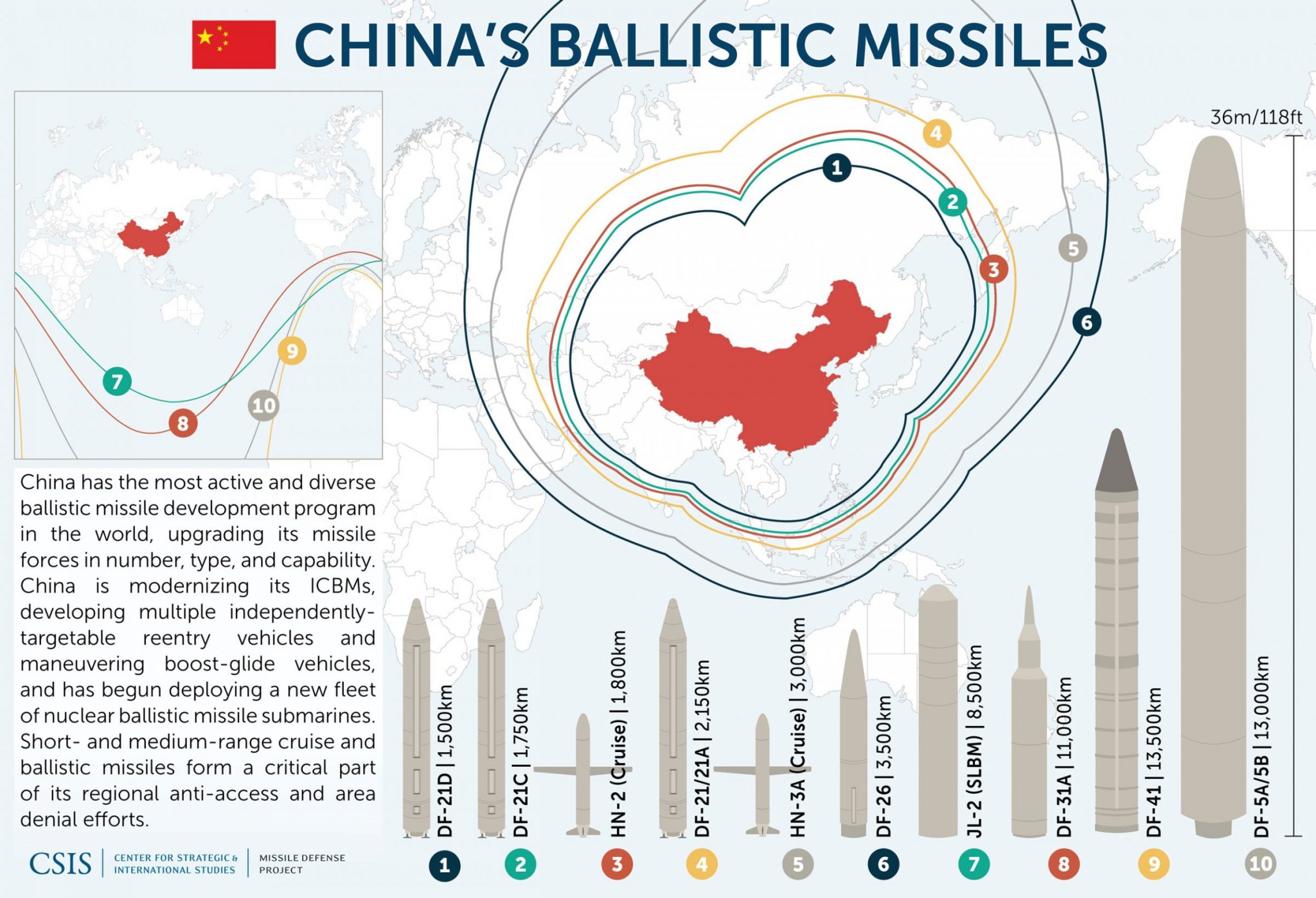 According to Business Insider, “If the US continues to actively challenge China and seek to undermine its territorial cohesion, the next logical step in the PLA’s escalation may be to attempt to eviscerate US bases and assets throughout Asia with a blistering missile attack.”