View from the Mishkan 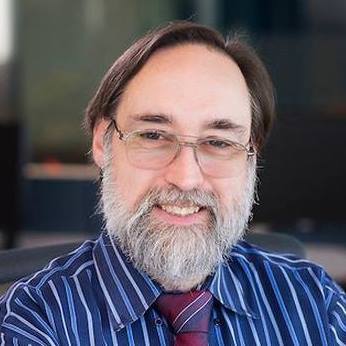 Rabbi David Negley has been interested in religious studies since the age of twelve. Ironically, he began by refuting the Bible, and all religion, and became an atheist at an age when most children are still just echoing their parents’ beliefs. After four years as an atheist, he was confronted with the question of a First Cause, or Prime Mover. This broke down the barriers to faith in the God of Creation, and the Biblical record of the Messiah. This led to intense studies in the Bible and, specifically, the first century context in which the Bible was written.

David obtained his Bachelor of Arts degree at Washington Bible College in 2001, and received s’micha (rabbinic ordination) from Rabbi Steven Berkowitz of Y’sharim, USA on October 6, 2014.

He served from 1986 to 2007 as an Elder at Emmanuel Messianic Jewish Congregation, near Baltimore, MD. During his time there, he served in a variety of roles, including audio/visual technician, Elder, and Education Director. It is his desire to participate in the discussion that helps define the Messianic Community, and to pass along the insights that have come his way over the years. You can find some of his work in print—Ephesians: the View from the Mishkan” was published in early 2014. He is presently preparing commentaries on Matthew and Hebrews.

In View From The Mishkan David presents weekly portions from the Besorat Mattityahu (Gospel of Matthew), based on insights from Jewish sources.

The articles here cover a variety of styles and formats, including Biblical commentaries, apologetics, and community issues. Some will be appropriate for Gentile readers, and others will be more easily understood by Jewish readers. But it is our goal to help inspire, educate, and motivate everyone as we all serve together in the Messianic Kingdom. Whatever your starting point, you are invited to participate in the discussion, and share your insights with the rest of us.